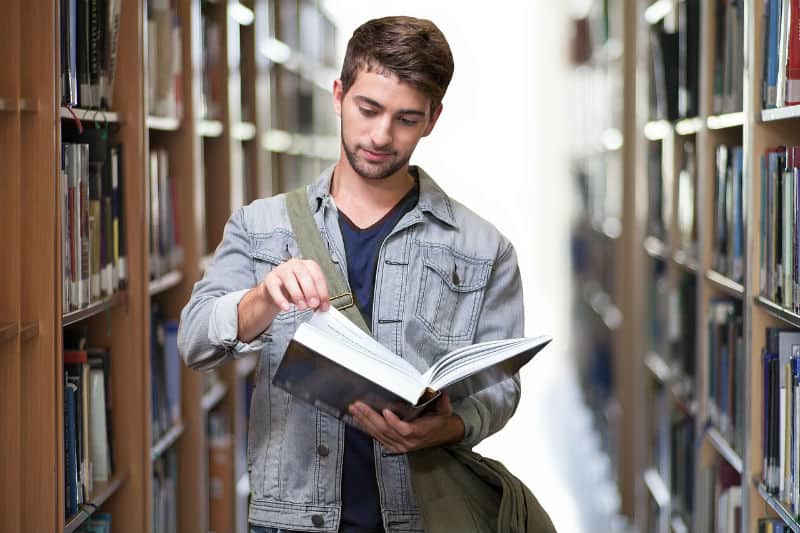 An interesting review piece published in 2011 revealed that many find it masculine to have a large jawline. In fact, science supports that large jawbones and defined cheekbones display genetic strength.

The theory behind this concept is called parasitic resistance. Yes, it is definitely a strange topic to discuss, but it explains that testosterone, which is a hormone, promotes not only a healthy immune system, but is thought responsible for the masculinity of features. This includes having a strong jawline, which will show a potential mate your ability to resist parasites.

Of course, there’s a more mundane explanation why women love men with strong jawlines. Those who can carry their chin up often exude confidence and they portray a sense of being assertive. Plus, your jawline can help slim your upper body and make your silhouette even more appealing.

Sunglasses aren’t just seen as sexy, but they have the ability to turn a less confident face into something of a movie star. Vanessa Brown, a Nottingham Trent University lecturer, has recently made a study of how people react to men sporting sunglasses.

She was able to conclude that part of the appeal of sunglasses lies in their ability to create an air of mystery. Our eyes give away so much about ourselves, and in a way, they make us feel vulnerable. Sunglasses are able to bridge that barrier and cultivate a mysterious appeal.

When choosing romantic partners, symmetry seems to play an important role. In fact, if your eyes or the surrounding area somehow show abnormalities, it may make you less desirable. However, when sunglasses are worn, they obscure flaws and enhance facial symmetry that many seek.

Lastly, there’s a sense of social acceptance when people wear sunglasses. Most celebrities and famous people sport branded eyewear, which is why many seek to imitate that attractive lifestyle.

If you finally get to the point where you’ve scored a date, don’t mess it up by choosing a boring or simple activity. An adrenaline rush activity will not only calm your nerves in a strangely unique way, but adrenaline also works as an aphrodisiac.

Extreme sports were seen as highly attractive, at least according to a study from 2014. Researchers found that women love men that have hunter-gatherer type skills and love showing off extreme sports ability. Such sports may include mountain biking or scuba diving.

Most women want burly men, or so we assume. An older 1983 study revealed that many women like guys with a good blend of masculine and feminine features. Likewise, some men enjoy tomboyish women that still have the ability to remain feminine.

Don’t be afraid to show off your androgynous features! In this day and age, it’s important that you’re not pretending to be someone you’re not. Whether you love poetry or wearing that pink shirt, you should go for it! It takes confidence to put yourself out there as you are, and most importantly, you should find someone that appreciates all of your quirks.

Of course, if you’re a masculine guy, don’t think you’re automatically unwanted by the opposite sex – here’s always these Escorts in Covent Garden. After all, everyone in this world has a different personality, so whatever an average lady may find attractive may not be the case for someone else.

We’ve all encountered that man. You know, the one that believes Axe body spray is the ultimate sign of masculinity. In the right doses, body sprays, perfumes, and colognes amp up your sex appeal, but they can also repel. Too much of a good thing might hinder your ability to snag that date! For this reason, you should seek additional information on how cologne can interact with your natural scent.

A University of British Columbia study shocked us all when they revealed that nice guys who smile a lot are hardly seen as attractive. In fact, many women prefer men who don’t show their emotions openly. It’s safe to say that nice guys finish last!

Happiness is a trait we all look for in a long-term relationship, but when considering attractiveness, it ranks low. On the other end of the spectrum, however, men like women who smile a lot and appear to be happy. The takeaway is this: men, get more serious!

It is believed that due to evolutionary reasons, many women prefer men with beards. Of course, an Oxford Journal has recently revealed that the opposite is quite true. Most women prefer men without beards, or at the very least, they were not seen as more attractive than non-bearded men. However, the study also showed that men with beards were seen as having a high social status, which does count for something!

Although with studies, we have to carefully judge the findings as another study published in Behavioral Ecology showed that women have facial hair preferences based on age. For example, postmenopausal women found facial hair attractive, including beards. On the other hand, pregnant and premenopausal women did not.

Of course, this doesn’t mean to persuade you to shave off your facial hair. Rather, it goes to show that women may have different preferences for a variety of reasons. For example, women while at high fertility phases did find men with at least stubble attractive.

As a pro tip, if you’re going to keep your facial hair, make sure it is well groomed and cared for. Women expect a man who can use a razor and shave off their neck hair.