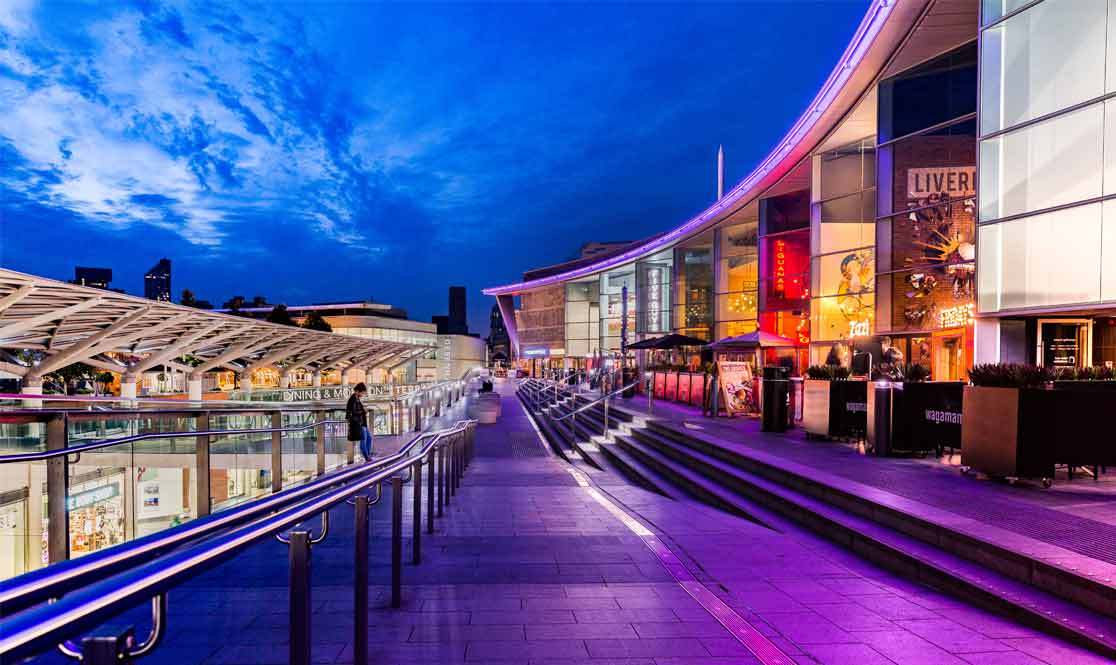 Liverpool is undeniably one of the biggest draws for tourists to the north west of England. Not just because it’s the home of The Beatles or because it’s famous Docklands, but because it’s a culture melting pot with a long and interesting history. It’s also got some of the nicest and friendliest people you are ever likely to meet.

Liverpool became the European City of Culture in 2008 and subsequently has been celebrating the changes the city has undergone since holding that tile. There have been lots of special events throughout the year and there are still more to take part in as we head towards the end of 2018.

In the following post we are going to highlight some great events and other great things you see and do if you are in this fine city during the tail end of the year.

Shop at Liverpool One

Liverpool ONE is bang right in the centre of the city and spans across five distinct districts and includes upwards of 170 different shops, restaurants and bars. If you plan on doing any shopping while you are visiting Liverpool, make sure you head here.

The League of Gentleman at Echo Arena 16th September

If you’re a fan of the darker side of comedy and find it amusing that in a show that contains not much more than the three main writers and some other male actors, there’s a plethora of female characters, you’ll probably already know and love The League of Gentlemen. Reece Shearsmith, Mark Gatiss, Steve Pemberton and others return to tour and perform at the Echo for the first time in 12 years. Their new show looks set to be dark, hilarious and just downright weird.

Kylie is back doing what she does best again – performing to her thousands of adoring fans and rolls up to Liverpool’s Echo Arena in October with her brand-new show to coincide with her new album release. You can expect all the biggest hits from her extensive and long-running career. She’ll probably dance a little too.

However, if you like things a little bit heavier and rockier, you are more likely going to appreciate Jack White who appears at the Echo Arena with his new show based around his amazing Boarding House Beach solo album. Known to dip his toes in various musical pools, you can expect an electrifying performance from Mr White and his brand-new touring band.

If you’d like to spend some time enjoying a selection of the finest beers and ciders, you should head along to one of the city’s moist iconic buildings for a memorable event that takes place every year. Over 200 real ales and ciders are expected to be showcased at this important event in the food and drink festival calendar.

Don’t worry if you’re not a big fan of beer and cider or just want to something different to enjoy between pints, there’s also a gin garden where you can sample a huge array of the nation’s favourite spirit, as well as prosecco, wine and other delicious beverages.

Perhaps you are looking for something that will cater to your inner foodie as well as beer aficionado. Liverpool Food and Drink Festival may just be the best event for you to visit while in this great city.

This is an awesome autumnal celebration of the best food and flavours from around the city and further afield. As well as many different stalls where you can sample and buy some great stuff to take home, there will obviously be a plethora of cookery demonstrations from some fantastic guests. Notably this year, Raymond Blanc will be making an appearance.

Anyone who is intending on visiting Liverpool for the first time should also be sure to take in some of the most iconic landmarks the city has to offer. Whether you’re a big footie fan or not, Anfield is a special place to see in the flesh and the Albert Docks are an important part of British history. Obviously, no guide to Liverpool would be complete without mentioning its most famous sons, The Beatles. You can pretty much map out a whole host of destinations based on many of their most famous songs.

That’s just a few of the things we are looking forward to doing, the great thing about Liverpool is that it is so diverse and there’s something for everyone. Whatever you do there, we’re sure you’ll have a great time.