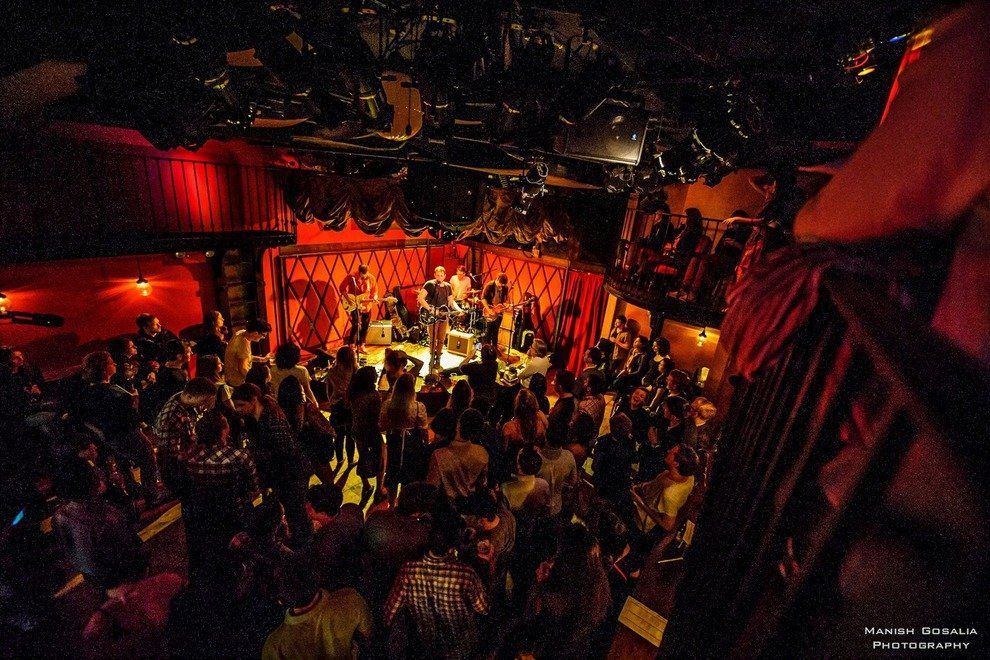 New York City has a rhythm all of its own, and it definitely sways to its beat. With all of this rhythm and swing, it’s no wonder that NYC is also a music lover’s paradise: Broadway shows, street performers, spending hours walking around the city listening to your favorite tunes in your AirPods as you explore or relax in your NYC luxury condo. There’s almost no better place to experience music than here.

The music venues from all the way downtown up to Harlem have been at the forefront of ever-changing musical tastes from jazz and swing to punk and rap.

Want to be a part of this deep history and experience all the culture that New York City has to offer? Indulge in the city’s live-music scene where you can hear bands that are just out of the garage or established legends in small intimate venues — it’s better than listening in your headphones.

Down on the Lower East Side, Rockwood Music Hall has made a name for itself as a music venue that’s stylish, eclectic, and has some of the best acoustics in the country. Rockwood boasts three stages in this downtown complex, so there’s always something for you to see from Angela McCluskey and Elle Warner to your friend’s band’s music industry showcase.

Low lighting, vinyl banquets, and affordable drinks. If you want to travel back in time, yet see the latest music acts, head to the Mercury Lounge where their throwback ’90s/early-2000s-vibe is the perfect setting for listening to up-and-coming musicians in a small space. Who knows those bands might just become the headliners of tomorrow; after all, the Strokes got their start here.

Part ballroom, part bar, part vaunted music hall, Webster Hall has been the place for the younger crowd to catch all of the shows their parents don’t know about yet thanks to its location right in the center of the NYU campus. It’s a legendary venue where everyone who’s anyone has played from Tito Puente, Perry Como to John Mayer, Metallic, and Whiz Khalifa

For a refined evening of music, Joe’s Pub is the standard. It’s where the well-heeled denizens of downtown gather to see underground stars like Bridget Everett, Justin Vivian Bond, or Sandra Bernhard combine their unique takes on the cabaret form here and superstars like Cyndi Lauper and Adele have played this 21-year-old space. Grab a seat at the bar and watch your favorite performer or get a table and enjoy some of the Pub’s delicious food offerings.

So far West it’s almost in the river, but don’t let that deter you from this massive complex that can hold over 3000 people in Hell’s Kitchen. It’s home to indie artists with a large following. Think: Broken Social Scene, Maren Morris, and Brandi Carlile who all have upcoming shows.